ADHD is an abbreviation that stands for attention-deficit/ hyperactivity disorder. ADHD symptoms usually appear during childhood, but it usually stays with most people up to adulthood. It is estimated that about 3-5% of all children have some form of ADHD.

Can CBD Oil Be the Solution to ADHD / ADD?

First of all, ADHD has nothing to do with intelligence, it is a neuropsychiatric disorder. One of the main symptoms is having a problem focusing or being able to concentrate on a task. There are currently a number of different preparations used to suppress the symptoms of ADHD. They work quite well for many, but side effects are unfortunately common. In addition to medicine, it is important to have a stable structure in everyday life, as well as a functioning schedule to follow. There are many ways to make up for the inability to concentrate, which makes it easier to follow and pay attention while being in the classroom. Among other things, it is important for teachers to be informed about students having ADHD, and to be willing to cooperate.

A large number of people suffering from ADHD, both children, and adults, have tried CBD oil with good results. It’s not a miracle cure that some might claim, but it can definitely lead to improvement. For some, however, the improvements have been so great that it actually felt like a miracle compared to other treatments. Living with ADHD is not always easy, and society can be less understanding that we would sometimes wish. Thus, being able to minimize symptoms is often perceived as a huge relief for people suffering.

What does the research say about it?

Research shows that the underlying reason for ADHD can be due to a lack of dopamine, a substance produced in the brain that is closely linked to the central nervous system. It is a neurotransmitter that regulates, among other things, motor skills, attention, enthusiasm, and joy. The most common drugs used for ADHD today helps to increase the presence of dopamine in the brain. These drugs help our dopamine by preventing the substance from breaking down.

CBD, on the other hand, affects dopamine in a slightly different way. It actually stimulates the production of more dopamine, by for example reducing the levels of cortisol. Brain functions are complex and closely linked to each other. Some say that 70% of the brain’s function is to control all the functions. Everything belongs together and by reducing something, something else is increased. It is therefore logical that something as complicated as the endocannabinoid system should be able to affect the dopamine content in the brain.

Should I just throw away all my other medicines and start taking CBD oil? Some have done so, and with good results, but further research is still needed in order to reach conclusive results when it comes to CBD as treatment. It is, after all, a fairly new preparation, at least for medical purposes. However, various studies so far have shown that it works perfectly well to alleviate the effects of ADHD. Some predict that it will be the primary choice of cure in the future.

A clear advantage of trying on CBD oil is the lack of side effects. Some experience dry mouth, so-called “cotton mouth.” CBD can also enhance the effect of some medications, so it is important to check with your doctor first if you are on other medications. Our CBD oil is made in a way that minimizes the presence of THC in the product, which is the substance that can otherwise cause some side effects. The CBD is non-psychoactive and unable to make you “high”.

+
Quick View
Out of stock 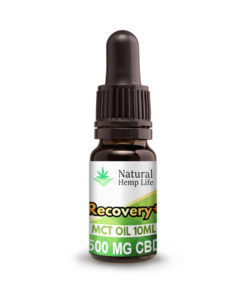 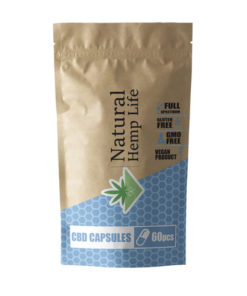